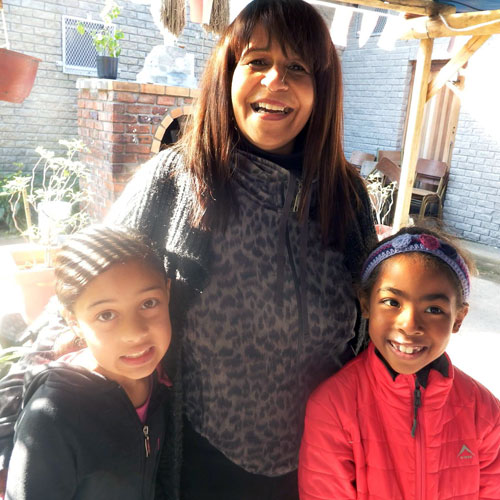 My mother had always read to me as a child. Sadly, she passed away when I was ten years old. I was the youngest of six children. My siblings were all teenagers and I was often left to my own devices. Being a lonely child, I sought solace at our local library and without fail I visited the library almost every day. The librarian eventually gave me little jobs like collecting books from the tables for her to file away. Most of the time, however, I was engrossed in a fairy tale which helped me escape from a lonely world, but above all brought me such pleasure and enjoyment. In hindsight, it was therapeutic too. During the holidays I went to listen to storytelling. At home I would read aloud and tried to read with expression. Soon I was having concerts by myself, performing the stories, using father’s big toolbox as a stage. Later I participated in plays at school and church, and teachers noticed how well I wrote essays, my vast vocabulary and idiomatic expression.

Teachers soon sent me to other classes to read my essays aloud to other children. HOW I loved it and that’s how it all began.

When I became a teacher, I saw how children loved stories, the benefits of reading and how it underpinned every other subject. I loved and lived for teaching and together with a close friend and colleague started a drama group at school and produced a play each year. The central part of a day in my classroom was the library corner and story time and most children whom I taught became avid readers. I learnt that reading and writing were inseparable and allowed them to do lots of creative writing in class. My children were also taught to speak articulately!

The curriculum didn’t allow for me to spend so much time on literacy and so I decided to start a Young Authors’ Club (YAC) as an extra mural activity after school. Many children joined and loved the interactive methodology, reading aloud and performing during assembly. We were invited to participate in community activities, providing opportunities for the children to acquire more skills like public speaking, and writing poetry and their own stories. The support I received came mainly from parents, who saw how their children we excelling academically and personally. Fellow teachers also assisted at times and I did receive support from principals but also encountered some resistance now and then when my passion was not shared.

As the news of the success of YAC spread, I was interviewed on national and local radio stations. I met with parents regularly and they often contributed things like transport, T-shirts, and book bags to support our efforts.

Next I developed a vision for the club as well as a mission statement. I facilitated sessions with the older children participating in YAC to develop their leadership skills. We appeared on television and articles were written in local newspapers. We received all this publicity because the literacy levels in SA were (and still are) extremely low. In 2011, after one of their language experts visited my classroom to observe a lesson, I was invited to present a talk at the Schools Development Unit (SDU) at UCT.

In 2013 I decided to continue the work of YAC independently after I left teaching. I have facilitated YAC in different schools, motivating teachers and children alike by promoting reading and writing for enjoyment. Nal’ibali saw YAC’s potential and invited us to many events like World Read Aloud Day. We receive Nal’ibali’s newspaper supplements which is a resource of immeasurable value. As the need in a community becomes clear, we try to be flexible, which we can do now that we work independently. Had I not taken the risk to work independently, we would not have accomplished so much.