Read this article in IsiXhosa 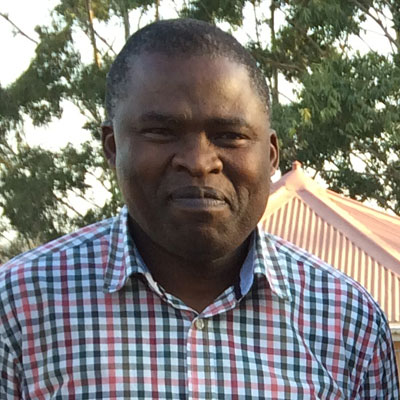 In 2012, DGMT’s CEO David Harrison received a letter from Chief Ngwenyathi Dumalisile. Included in the letter was a 31-page document titled “Towards 30-Year Rural-Based Industrialisation: AmaJingqi Community Development Path”. In it, Chief Dumalisile had laid out a vision for transforming AmaJingqi from a remote, impoverished area to a thriving model for rural development.

AmaJingqi is a cluster of 12 villages with 1 879 households. According to 2011 census data, just 7% of adults have completed matric, and one quarter have finished Grade 9. The majority of people rely on rivers for water, and three quarters have no access to toilets. Only 8.4% of people are employed, and the average household income is just over R1200 per month.

Since coming to power, Chief Dumalisile has sought to change both material conditions and mindsets in AmaJingqi. In 2015, he started a R120 million macadamia farming project, only the second in the Eastern Cape. Training began in August, and by December, 50 people had begun full-time jobs – planting, tilling the land, building fences. The full-time jobs pay R2600 a month, marginally more than the national minimum wage in the agriculture sector. The project will ultimately cover 300 hectares of land and create 300 jobs – an injection of cash and skills that will significantly transform the way the community runs. Another 142 jobs were created through partnerships with the Department of Water Affairs and Environmental Affairs, treating water and removing invasive alien plants.

The Chief has also focused on improving education, access to information, and health care. Since 2013, 9 new educare centres have been established and registered, and 217 children are now accessing early learning. The eight schools in the area now have small libraries, and three have banks of iPads. Young people run extra-mural activities including reading and soccer clubs, and many have been upskilled to train others to use computers. Local women visited 1 449 households to test eyesight and screen for cataracts; in the space of a year, 28 people had their vision restored through surgery, and more than 300 people have received glasses. The Chief’s homestead, known as the Great Place, has a mobile charging bank and an information centre where residents have access to the Internet and can print documents. The Chief’s wife, Nomatamsanqa – a trained teacher who manages the education projects – is supervising the building of a library where children can read, play and study.

What motivated you to start doing something? And what actually moved you into action?

“I got enthroned in 2010. I started looking at the challenges in our community. A decade-plus has passed since the new dispensation emerged. Every policy talks to empowering the poor, but our people are getting poorer and poorer. People are losing their values. Moral decay is prevalent. Grants are taking away the dignity of men.

“I looked at the legislation. The legislation says that as traditional institutions, we must consider – among other things – how to develop our communities. There is no budget allocation to do that. It simply says you must tap into all spheres of government. You must just knock at the doors of other institutions, people who have been allocated with budgets to actually perform this job.”

Of all the hundreds of things that you could do – how did you come to do the specific activities that you are doing?

“The economic landscape of South Africa is urban and industrialised. People think that to be well off you have got to develop yourself in a manner that will suit the urban style. If you’re educated from a rural community, people think of migrating to the cities. This mindset has got to change, because in the cities we now experience unemployment and poverty. People must create opportunities within their own rural areas. But we must aggressively attend to educating our children in order to overcome this challenge.”

“I said, no to urbanization. I’ve got to teach my people that our area is not an area for just residing and doing nothing. We must turn it into an economic hub of some kind.

“That made us identify the natural assets we have. Perennial rivers that are flowing to the ocean, the ocean front, the climate. The sun we enjoy, in terms of renewable energy; the wind that is blowing. That resulted in us approaching the Department of Energy to come and assist, although we are still struggling with that.

“Our arable lands are along the river banks. If you don’t have the luxury of big parcels of land, you embark on low-volume, high-value crops. That’s what we have done – macadamia nut farming is a low-volume, high-value crop. We simply went to Ncera [the site of the first commercial macadamia farm in the Eastern Cape] and said, ‘We identify with this’, and they brought in their agronomist to assess our land, to see if it’s suitable. They said it really fits.

“This led us to establish a relationship with the Services SETA. We have been given R20 million to train people in various fields, including enterprise development. We want to trap that rand. When people receive money, it must not go to Willowvale to Boxer, to Shoprite, to Pick n Pay. It must circulate in the area.

“But there’s no point telling people ‘the money needs to stay’ if there’s nothing to spend it on. We must ask DTI to build us a distribution centre based on the buying pattern in the area. Best practises can be copied from other people. In India, they make their rupee recycle six times in a village. That’s what we are trying to do.”

Can you give some realistic insight into the process of doing something for the greater good – how people reacted, how you got people involved, how it impacted you and what made you keep going at it?

“I could see that our leadership was being driven by self-aggrandisement. So in my small scale, in my small AmaJingqi, I said, let me take this opportunity and demonstrate.

“When I addressed AmaJingqi I said, ‘I’m not going to be a chief. I will be a servant. You will be the bosses.’ People just laughed. They didn’t understand what I was trying to say. All they know is, ‘The chief cannot assume a position of servanthood’.

“It’s not easy when you don’t have revenue streams. You can trace this back to the colonial past – where everything was taken from us, the frontier wars took all our wealth. Now we are building from scratch. But I say, ‘Let’s not be despondent. Let’s build ourselves up. Let’s restore our dignity’. I’m busy doing that now.

“As time went on, people could see, this chief is being helped. It’s the law of attraction. People begin to come. They want to be part of something that is good. That’s what you actually taste.

What has your work meant to you personally, and what do you think it has meant for the people of AmaJingqi?

“This is still in the making. I’m taking AmaJingqi as a laboratory site. When we think everything has been perfected, then we will go and say, ‘Come and see how we are. This is how we did it, and it was not easy. We had to knock at many doors because of the complexity of the challenges we are faced with.’

“Unemployment has been reduced. Economic activity is beginning to take direction. The crime is coming down.

“People are rejuvenated. They were despondent, but that hope, that spirit, has been revived.”