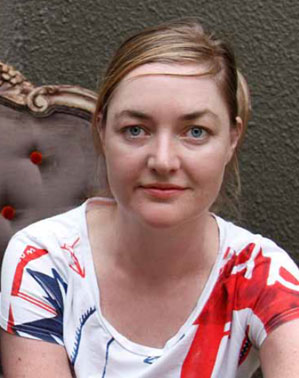 What motivated you to start doing something – and then, assuming that most people see some of the hardship around them and fleetingly think of things that they can do to improve things, but never get around to actually doing them – what actually moved you into action?

Back in 2003, I was a junior researcher at the Human Sciences Research Council (HSRC). I was conducting research on how science, technology and innovation drive the economy, and was also looking at transformation of the science sector – with most of our scientists and researchers being old and white; where is the next generation of scientists going to come from?

I then looked at matric results, and back then, we had higher grade versus standard grade options, so I was looking at the numbers of matriculants who were eligible to go on to study Maths and Science-related fields. I was so shocked at the low numbers that I thought there must be something wrong with the data.

I shared a tiny office with my friend and colleague Makhosi Gogwana, and we would spend a lot of time discussing the bigger picture behind the numbers. Makhosi comes from rural Eastern Cape, and completed high school in Khayelitsha. Through his impressive smarts and tenacity, as well as financial support from the Institute of Race Relations, he went on to study at UWC, and attain a Masters Degree in Development Studies. Makhosi and I spent a lot of time comparing the very different paths that led us to landing the same job in Plein Street, and realized that learners in township schools rarely receive the information and support that’s needed to transition from secondary into tertiary education.
Young, naïve and optimistic, we decided that we wanted to do something about it.

Of all the hundreds of things that you could do – how did you come to do the specific activity that you are doing?

We didn’t have any money, or plans to establish an organisation, but we did have Saturday mornings free, and we both really wanted to tutor learners. Makhosi called up the principal at his old school, and asked him whether we could tutor learners, and he was thrilled. We sent an email to all our friends asking who would be interested, and everyone said yes. So we just showed up without much of a plan or a big idea for what we wanted to do, and collaboratively we figured it out with our friends, the school and the learners.

Can you give some realistic insight into the process of doing something for the greater good – how people reacted, how you got people involved, how it impacted you and what made you keep going at it?

It was really tough, especially in the beginning when we had no resources besides our youthful energy and the commitment of our fellow volunteers, as well as the learners. However, working together with a diverse group of people towards the same goal is an incredibly rewarding experience. It’s an amazing way to make life-long friends. I cannot explain how much I’ve learned, and continue to learn.

When I decided to leave full-time employment, for freelancing, in order to have more time to volunteer, I had some really tough times, but I was young and I had no dependents so it was doable. Although some of my family members kept asking me, “when are you going to get a real job?”, most of the people in my life were supportive.

And so IkamvaYouth was born. I kept at it because of the other ‘ikamvanites’ around me who kept at it too. In 2005, when our first matric cohort did brilliantly in their exams, and most got into tertiary institutions and wanted to become tutors themselves, I was hooked. The problems in South Africa’s education system are complex and daunting, but it’s invigorating to be part of a team that is seriously working towards addressing these problems. The consistent track record of hundreds of young people from townships going on to access tertiary education and employment, and seeing the ripple effects that this has on their families and communities, is incredible encouragement to keep going.

What has IkamvaYouth meant to you personally and what do you think it has meant for the young people and communities that you work with?

IkamvaYouth is an amazing organisation to be a part of. The people are so lovely. They’re driven, and hard-working, but also know how to have fun, and it is a huge gift that I can have a job in a space where I can totally be myself. The work is challenging, and my job is consistently changing as the organisation grows, and so I’m constantly learning massive amounts in many different ways; it’s very stimulating.

I also feel very privileged that I get to spend most of my time working to redress the inequality in South Africa. I feel so strongly about this that it’s quite difficult to put into words, but this work is an expression of my purpose, and it’s my way of attempting to pay forward the benefits I(’ve) receive(d) from our unequal past and present.

That so many of our learners have become volunteer tutors themselves, tells me that this work is very meaningful to them too, and it’s incredibly heart-warming to see young people whom I’ve tutored go on to tutor others. To see this continue with each cohort gives me huge hope for the future.