When passions meet: How Peter Takelo and Ann Harries connected to improve the lives of children in Barrydale 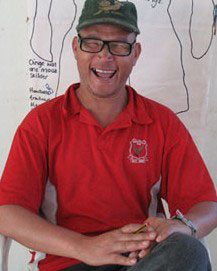 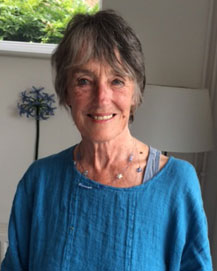 In 2002, Ann Harries, an anti-apartheid activist who had been living in the United Kingdom (UK) for 28 years, bought a house in Barrydale, a small town in the Western Cape between Worcester and Ladismith. She came back to a South Africa where everything had changed, but then again – not much had changed. Ann noted: “On one side of the hill round the R62, white people lived in lovely homes and had gardens which were cared for by the people of Smitsville who had been forcibly moved to the other side of the hill where they live in cramped homes, often with only one room and one tap – hence the sardonic nickname “Steek My Weg”.

Sometime before, Peter Takelo also came to live in Barrydale, moving there from Montagu, another small town about 60 kilometres from Barrydale. Peter: “In Barrydale there are not many things for children to do. But I remembered that the children from Montagu played in a “blikkiesband” (tin drum band) and I thought I could set-up something similar in Barrydale. Although I don’t have a formal background in music, I love it and I have always been convinced that one can do the things one sets one’s mind to. In fact, because of my previous work with physically and mentally disabled children, I had developed a deep awareness of the privilege of being able to do things for oneself. I hoped that the blikkiesband would reveal to each of the children their talents and show them that they didn’t need sophisticated instruments to give expression to this. So I collected some tins and started the band with a few children living in my street, Suikerbossielaan. Soon more and more children wanted to join – because of all the noise that we were making! In town, people were really positive – the blikkiesband was unique and many people liked it and invited us to come and perform”.

Thus, it was not long before the people of the town told Ann about “the old man playing music with children”, to quote Peter’s words. Or in Ann’s words: “One day in 2003 a musical friend in Barrydale phoned me to say there was a blikkiesband marching up and down the roads of Smitsville, and did I want to listen to these children beating biscuit tins and oil drums? I did”.

“And there I met Peter directing a band of about ten boys and girls who marched, twirled, stamped and made music in the dusty road outside his house. I knew something amazing was going to happen and all my old hippy excitement flared up as I congratulated him on his wonderful band. He said if only he could do more for the children of Smitsville, but he worked as a teaching assistant in Cape Town and came home only for the weekends. I told him I longed to do something for them – maybe we could work together to provide opportunities for all the Smitsville children to make music, paint, draw, read, and play sport over weekends”.

Ann: “Peter is utterly committed to uplifting the children in this community. He is well respected by the parents, his church and the influential community leaders who run Smitsville, without whom nothing can get off the ground. He is also the perfect role model for those children who are exposed to terrible social conditions, worsened by the alcoholism of many adults which is widespread in the Western Cape and rooted in the earlier practices of the wine farming industry”. Ann had an education in music, experience in running structured activities for children and know-how in terms of establishing and managing social initiatives and non-profits.

Peter and Ann started their new initiative, which they called, Net-vir-Pret (Just for Fun) without any financial support to begin with. “We played singing, dancing and drumming games that didn’t require real musical instruments” says Ann. Peter: “I am a big believer in using what you have and making the most of it – working effectively with children is very dependent on your own creativity”.

Often 50 children turned up to their sessions but sometimes as few as 10 would arrive. Ann: “One of the local churchmen, a friend of Peter’s, connected us to youth leaders to help with activities. These young people were brilliant, especially on trips to the sea, which many of the children had never seen. I got my friends to raid their attics for toys, dolls and Lego: the girls immediately grabbed the dolls and wrapped them in blankets, while the boys went for the Lego and built very impressive rockets, trucks and buildings. We made a real effort to get parents involved by holding concerts, drumming and dancing in various halls across Barrydale”.

Eventually Ann persuaded Education for Democracy in South Africa (EDSA), an NGO that she founded in the UK to support education in South Africa, to provide some funding to purchase musical instruments, books and toys. At this stage it became clear that Peter should be working full time for Net vir Pret and Ann took on the role of fundraiser for the programme, also registering it as an NGO with the Department of Social Development which enabled them to expand their donor base. 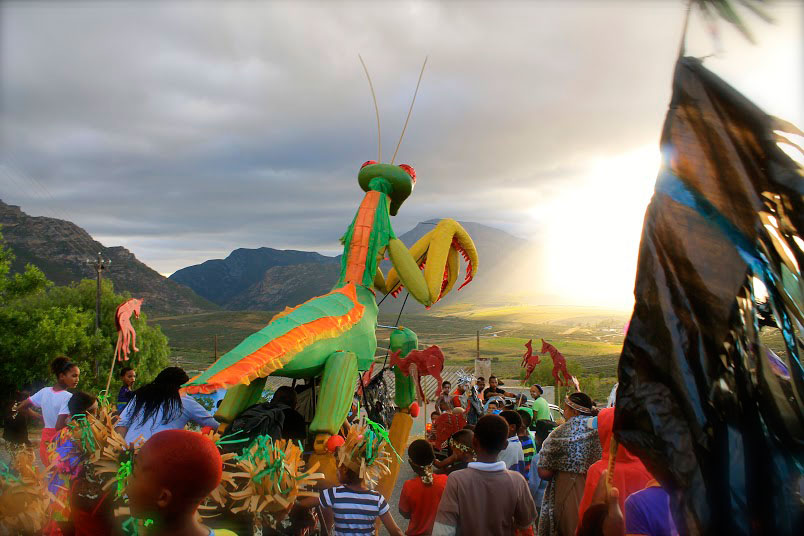 Net vir Pret has grown over the years with an increasing number of activities, and many children and youth joining the programmes. In 2009 the renowned Handspring Trust for Puppetry Arts offered them a seven-year partnership aimed at developing puppetry skills in Barrydale. This has led to an annual parade on the Day of Reconciliation (16 December). Recent themes have included “The Sea Comes Back to the Karoo” (2013), “The First People” (2014) and “The Cape Slaves” (2015). The Parade is the fruit of many months of work, with creativity manifesting in many different ways. Story-telling, scripting, design and construction of puppets and artefacts, music, song, dance, puppet manipulation and acting all play a part, with a cast of over 150 people ranging in age from four years old to adult participants. The event is attended by a huge crowd drawn from different parts of the fractured village and is intended as an act of reconciliation.

Ann has since returned to the UK, and education expert, Derek Joubert, is currently administrating the organisation. She remembers her time with Net vir Pret fondly: “I have always loved the children of Smitsville. The ones I worked with are now in their late teens and always greet me with great enthusiasm in the streets which gives me a very warm feeling. Many of their parents also greet me warmly, which makes me feel I am accepted in Barrydale in a way I am in no other town in South Africa or the UK”.

Peter has stayed on as Director and his generous spirit continues to infuse the work of Net for Pret. Peter: “You must have a constant love for the children. I never say: Jannie come here; I say: my child, come to me. So many of the children here grow up without fathers – they crave that love and attention, and I can start filling that gap in small ways. As a leader it is really important that you are passionate. Especially working with children, you need to be excited about everything you do. Sometimes I tell the children I am more excited than them because I can see what they can achieve by believing in themselves and in what they have. That drives everything I do – children must see from my example that they can do what they believe in. There is no such thing as saying I cannot do something. I am someone who never, ever gives up.

Click here to read more about the inspiring work of Net vir Pret.